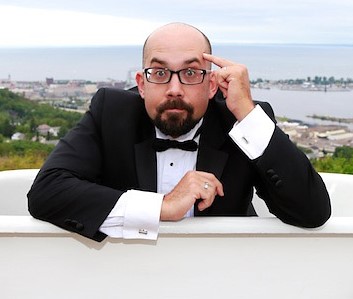 Mr. Madison is pleased to return for his 13th production with Lyric Opera of the North.  Previous directing credits for Lyric Opera of the North include the Midwest premiere of Blue Viola and Amahl and the Night Visitors. Mr. Madison has also directed for the University of Minnesota- Twin Cities Opera Theater, the University of Wisconsin- Superior, the Duluth Playhouse, Big Top Chautauqua, and Bethel University.

Mr. Madison currently serves on the faculty for the University of Wisconsin-Superior, Lake Superior College, and the College of Saint Scholastica.  He makes his home in Superior, Wisconsin with his wife Vicki Fingalson and their two sons, Ben and Sam.