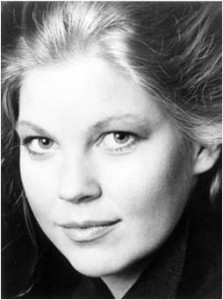 Her performing career took her to stages such as Alice Tully Hall where she gave the world premiere of Larry Bell’s The Idea of Order at Key West under the baton of Jorge Mester to an Off Broadway production of The Mother of Us All.  Dr. Jacobson was a frequent performer of twentieth century music and gave many world and American premiers.  The song cycle, All My Pretty Ones by Stephen Paulus was written especially for her and its first recorded performance is heard on Songs by Stephen Paulus (Albany Records).

As a director, Dr. Jacobson staged both standard and lesser known operas including Britten’s A Midsummer Night’s Dream, The Magic Flute, Die Fledermaus, Riders to the Sea, Trial by Jury and Handel’s Semele.  She founded Lyric Opera of the North in 2004.  She held a Doctor of Musical Arts Degree from the University of Minnesota with a secondary emphasis in Musicology.  She was teaching at the University of Nevada and continuing her work as General Artistic Director of LOON up until her death in February 2010.