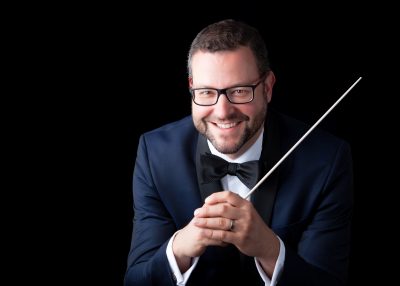 German conductor DIRK MEYER is Music Director of the Augusta Symphony in Georgia and the Duluth Superior Symphony Orchestra (DSSO) in Minnesota. Having received much of his training in European opera houses, Meyer is also passionate about opera also holds the position of Music Director with the Lyric Opera of the North.

Meyer has guest conducted orchestras like the Toronto Symphony, the Phoenix Symphony, the Naples Philharmonic, Symphoria, as well as the Edmonton Symphony and the Sarasota Orchestra. Meyer is first prize winner of The American Prize in conducting and recipient of the Arts & Culture Initiative Award in Minnesota.

Through the creation of new concert experiences that range from multimedia to adventurous collaborations, Meyer brings classical music to new audiences. Most recently he created The Beethoven Project, recording all of Beethoven’s symphonies, and bringing his music to new demographics.

Maestro Meyer is also the author of “Chamber Orchestra and Ensemble Repertoire: A Catalog of Modern Music”. Additionally, he has conducted in countries like South Africa, the Czech Republic, Germany, and Bulgaria. Assistantships have led him to the Deutsche Oper am Rhein, the Vienna State Opera, and the Teatro Real in Madrid.