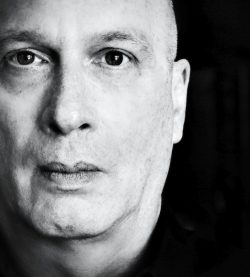 Robert Neu has directed over seventy productions of operas, musicals and plays throughout the country. Neu’s recent productions include Bernstein’s Mass, Peer Gynt (also adaptation), La Traviata, The Magic Flute and Carousel for the Minnesota Orchestra; Hansel and Gretel with both the Minnesota Orchestra and Colorado Symphony; Tosca and The Music Man for Colorado Symphony; Don Pasquale, Carmen and The Face on the Barroom Floor for Lyric Opera of the North; Art and Death of a Salesman for Bloomington Civic Theater; The Marriage of Figaro for Bellevue Opera; Ayn Rand in Love for Chameleon Theater; The Laramie Project, Godspell and Blithe Spirit for Lyric Arts Theater; and On the Town, The Fantasticks, Candide and Putting It Together for Skylark Opera. Upcoming: La Boheme for Gulf Coast Symphony, On the Twentieth Century for Skylark Opera, Hansel and Gretel for Jacksonville Symphony, and A Soldier’s Tale for Minneapolis Music Company.

Neu teaches masterclasses in audition techniques for the University of Minnesota’s opera department, and he is a Resident Director at Lyric Arts Theater. He is a graduate of The Juilliard School and is the co-founder of Angels & Demons Entertainment, a production and arts consultancy organization.