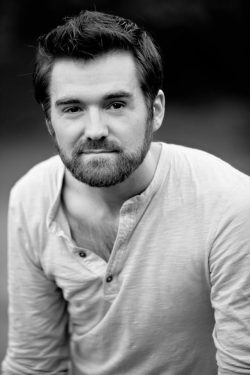 Favorite roles include Yeshua in The Magdalene, Simon in A Stoop On Orchard Street, Sparky in Forever Plaid, Bassianus in Titus Andronicus and Monty in Violet.

“Shad Olsen is one of the most charismatic actors I’ve encountered in decades.” -Peter Filichia, Theatermania.com

“Olsen is charming and magnetic as the lisping Sparky and is a vocal standout in his solos.” -Matt Schicker, Nytheatre.com

A native of the Northland, Shad has performed with Hermantown community and school productions, the Playhouse, the N.O.T.E. operas and was part of the original Lake Superior Youth Chorus. In 2000 he moved to NYC where he has been seen in Off-Broadway musicals and in various showcases, readings, workshops and concerts.