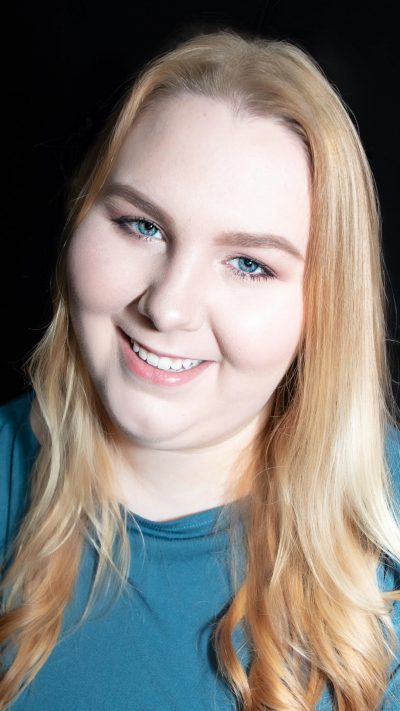 Sadie Cheslak, mezzo soprano, is a born and raised Duluth native. She completed her Master of Music degree under Dr. Ollie Watts Davis at the University of Illinois Urbana Champaign in May, and holds a Bachelor of Music degree from Concordia College where she studied with Dr. Holly Janz. While at UIUC, Sadie performed the title role in The Rape of Lucretia, and Kate in The Pirates of Penzance, as well as scenes from Carmen, Dialogues of the Carmelites, Falstaff, Eugene Onegin, War and Peace, and Prince Igor in Lyric Theatre Illinois’ Opera Scenes productions. Miss Cheslak is passionate about newly composed opera, and sang in the workshops and premiers of many new works. She performed Lumee in a Beth Morrison Project and Pulitzer Prize-winning work titled PRISM by Ellen Reid, the title role in The Surrogate by Sky Macklay, Jane Doe in Black Square by Ilya Demutsky, and Mary in The New Motive Power by Elizabeth Gartman. Sadie Cheslak has a strong choral background, and loves performing as a soloist in larger choral and orchestral works. During her time in Champaign Urbana, Sadie sang with The Oratorio Society in their Russian Choral Festival singing the Rachmaninoff Vespers and Ivan Moody’s Vespers Sequence, and again performing Maria in Respighi’s Lauda per la Natività del Signore. With the U of I Philharmonia Orchestra, she sang a concert of Carmen suites, and was the alto soloist for the Sinfonia da Camera and Chamber Singers production of Bach’s Weinachts-Oratorium. With the Baroque Artists of Champaign Urbana in their November concert series, she sang as the alto soloist in CPE Bach’s Magnificat and JS Bach’s Jesu, meine Freude, as well as Handel’s Messiah. Sadie Cheslak has previously sung with the Lyric Theatre Illinois, Lyric Opera of the North and Fargo-Moorhead Opera Company, singing the roles of Lucretia (The Rape of Lucretia), Kate and Ruth (Pirates of Penzance), and Mother (Amahl and the Night Visitors).