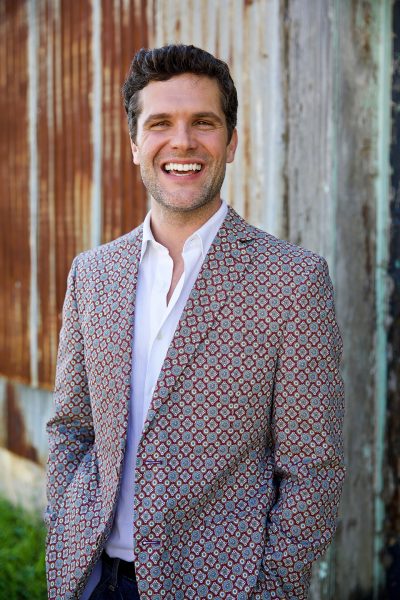 Baritone Lee Gregory, who is praised for “his lovely lyric voice and engaging natural stage presence,” performs a wide a varied repertoire ranging from the baroque to contemporary music of today (Boston Herald).

In the 2017-18 season, Mr. Gregory reprises the Narrator in Steward Copeland’s The Invention of Morel with Long Beach Opera, a role he created in the 2016-17 season with Chicago Opera Theater. He performs with Mercury Houston in the concert “Loving Clara Schumann”, and will be seen as Leporello in Don Giovanni with Opera of the North. His engagements in the 2016-17 season included a double bill performance with Virginia Opera as Silvio in Leoncavallo’s I pagliacci and soloist in Kurt Weill’s The Seven Deadly Sins, as well as a return to Long Beach Opera as Hannah Before in Laura Kiminsky’s As One, and Des Moines Metro Opera as Count Carl-Magnus Malcolm in Sondheim’s A Little Night Music.

Lee Gregory’s recent engagements included performing as the Rehearsal Director in the world premiere of Bryar’s Marilyn Forever and the Captain in Adams’ The Death of Klinghoffer with Long Beach Opera, and reprising the role of William in Glass’ The Fall of the House of Usher with Long Beach Opera and Chicago Opera Theatre. He also sang as Silvio with Opera Omaha and the Arizona Opera Company; William with the Nashville Opera; Richard Nixon in Nixon in China, the title role in Le nozze di Figaro and Leporello in Don Giovanni with Eugene Opera; Schaunard in La bohème with Michigan Opera Theatre; the title role in Il barbiere di Siviglia with Opera Theatre of the Rockies; joined the roster of the Metropolitan Opera for its production of Capriccio;Junius in The Rape of Lucretia with Toledo Opera; Mercutio in Roméo et Juliette with Opera Columbus; Carl Magnus in A Little Night Music and Wilhelm in Corigliano’s Ghosts of Versailles with Opera Theatre of Saint Louis; Prince Paul in Offenbach’s La Grande-Duchesse de Gérolstein with Opera Boston; and Maximilian in Candide with Toledo Opera.

Other successes include his debut with Opera Pacific as Schaunard; Belcore in L’elisir d’amore with Opera Naples; a recital at Bates College with soprano Kelly Kaduce; appearances with Boston Midsummer Opera as Escamillo in Carmen, in an evening of staged arias and ensemble selections entitled Tales of Offenbach, and a production entitled The Marriages of Mozart; Marcello in La bohème with ProCantus Lyric Opera, American Opera and Treasure Coast Opera; an appearance with the Pacific Symphony Orchestra in a concert of Bernstein repertoire; his New York City Opera debut as Moralès in Carmen; Mercutio with Toledo Opera and Nashville Opera; Mr. Marshall in Regina at Bard’s SummerScape Festival; John Brooke in Little Women with Dayton Opera; title role in Don Giovanni, Escamillo, and Melchoir in Amahl and the Night Visitors with the Opera Company of Brooklyn; Maximillian in Candide and Ping in Turandot with Des Moines Metro Opera; The Clock and The Cat in L’Enfant et les sortileges, and Peter in Hänsel und Gretel with Ridge Light Opera;  and the Pirate King in The Pirates of Penzance with Trinity Repertory Company.

The winner of the 2006 Joy in Singing Competition, Lee Gregory recently made his Merkin Hall recital debut and has performed in recital scheduled throughout the 2006-07 season. A winner of the Licia Albanese Puccini Foundation Competition, Mr. Gregory has participated in a number of prestigious training programs including San Francisco Opera’s Merola Opera Program and the Western Opera Theater Tour, Aspen Music Festival, Cincinnati Opera’s Apprentice Artist Program, and the Des Moines Metro Opera Tour. He is also the recipient of the Dean Goodman Choice Award for Outstanding Achievement in Theater for John P. Wintergreen in Of Thee I Sing with Lamplighters Music Theater.