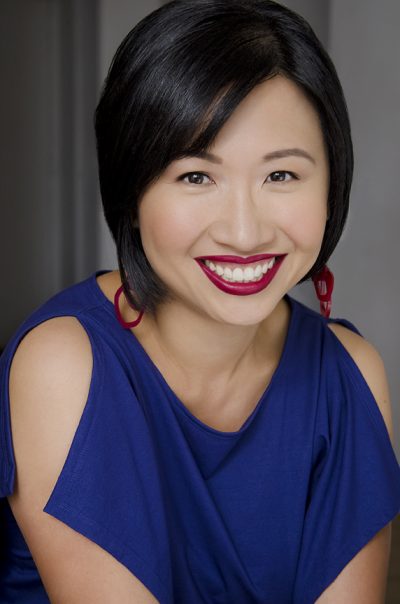 Soprano Jennifer Lien, lauded for her “sonorous, clear voice” and her dramatic range, has been seen on opera and concert stages in California, Florida, New York, New Hampshire, Minnesota, Wisconsin, and Singapore. She is a keen collaborator in chamber music, a proponent of contemporary music, and is known for her innovative recital programming. In February 2020, Ms. Lien appeared as soprano soloist with the Singapore Symphony Orchestra in Joe Hisaishi’s East Land Symphony. During the pandemic season, her performance in Poulenc’s one-woman opera La Voix Humaine, originally performed in 2018 to wide acclaim with the Singapore Symphony Orchestra’s chamber series, was streamed internationally. Last fall, Ms. Lien was featured in a virtual concert of French Orientalist music for the San Francisco International Piano Festival with pianist Gwendolyn Mok. This summer, Ms. Lien will be performing Messiaen’s Harawi song cycle in Singapore. Her recent recital of European Orientalist and Asian songs, Juxtapositions, will go on tour next spring.

Ms. Lien made her operatic debut in the role of Papagena (The Magic Flute) with Singapore Lyric Opera, where she also appeared as Princess Stephanie in The Student Prince. She received further operatic training as a resident artist with Central Florida Lyric Opera, a young artist with the Seagle Festival, an apprentice artist with Bel Canto at Caramoor, and as a member of the OperaWorks Advanced Accelerated Singer program.

Returning to music after a career as a newspaper journalist, Ms. Lien first began her vocal studies at Dartmouth College, where she was an English major. Under the guidance of soprano Erie Mills, she later received her Master of Arts in Music at San José State University. Ms. Lien holds a Doctor of Musical Arts degree in Voice and an M.A. in Historical Musicology from the University of Wisconsin-Madison. A seasoned vocal educator, Ms. Lien has taught voice to majors and non-majors at UW-Madison and at Beloit College, and currently teaches voice majors and minors at the College of Saint Scholastica in Duluth, MN.