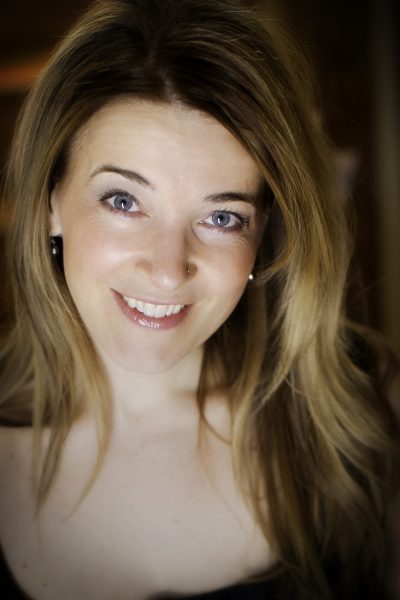 Lyric mezzo-soprano, Holly Janz, is a versatile singing actress with a voice that is evenly blended with clarity, richness and warmth. Performances for the 2017-18 season include the roles of Ruggiero in Alcina and Nancy in Albert Herring as well as alto soloist in Mozart’s Requiem and the premier of René Clausen’s oratorio The Passion of Jesus Christ. Collaborative performances include recitals with violinist Sonja Harasim in a concert honoring living composers Richard Lavenda, David Little and James Stephenson, as well as with pianist Michael Keller on the longstanding concert series “Sunday Afternoon Live at the Chazen”.

She has performed with opera companies across the country including Winter Opera Saint Louis, Skylark Opera, Fargo-Moorhead Opera, Wichita Grand Opera, and Union Avenue Opera Theatre. Past credits comprise a variety of characters from the trouser roles of Cherubino and Hansel, to the ingénue roles of Nancy (Albert Herring) and Valencienne (The Merry Widow), to the more dramatic roles of Carmen and The Secretary (The Consul).

In addition to her operatic stage credits, Ms. Janz is a compelling concert artist in both oratorio and recital. Orchestral credits include the Indianapolis Chamber Orchestra, Indianapolis Philharmonic Orchestra, Greater Grand Forks Symphony, Fargo-Moorhead Symphony, Duluth Superior Symphony Orchestra as well as Central Wisconsin Symphony Orchestra. Twice a national finalist in the National Association of Teachers of Singing Artist Award competition, she is the recipient of the Irma Cooper Award.

Recent performances include the roles of Valencienne (The Merry Widow), La Suora Zelatrice (Suor Angelica) and Meg Page (The Merry Wives of Windsor). She was also heard in a recital featuring the music of John Musto with the composer at the piano for SongFest in Los Angeles, CA and a cabaret show and opera showcase at Pine Mountain Music Festival with sopranos Lucy Thrasher and Anne Jennifer Nash. On the concert stage she sang in Beethoven’s Mass in C Major, Haydn’s Mass in Time of War, Britten’s Phaedra, and Brahms’ Alto Rhapsody.