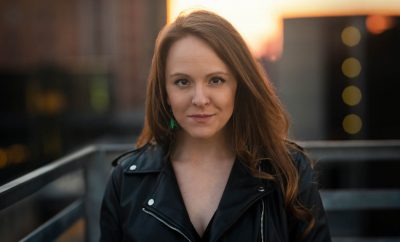 Caroline Kouma, soprano, is a versatile artist equally at home on the operatic stage and within the tapestry of an ensemble. A dynamic performer in opera and musical theatre, favorite roles include “Nurse/Soprano 1” in the world premiere of Strangers from Paradise (Opera Omaha), Heidi in [title of show] (OmniArts Nebraska), Fiordiligi in Cosí fan tutte, Semele in Semele, and Rosabella in The Most Happy Fella (BGSU). Originally from Nebraska, she has appeared with Lincoln’s Symphony Orchestra and Abendmusik as soprano soloist for such words as Bach’s Magnificat, Mealor’s Stabat Mater, and  Poulenc’s Gloria. She has previously sung with the Detroit area chamber choir, sounding light, as well as First Plymouth’s Cantorei in Nebraska and the Internationales Vokalensemble Berlin in Germany.  A rising artist in new music, Ms. Kouma appeared with ensembles at the Bowling Green and Toledo New Music Festivals, performing works such as Steve Reich’s Tehillim. She is a founding member and vocalist for (N/A) ensemble, with whom she has had the pleasure to premiere numerous avant-garde and experimental works.

In 2020-21, Caroline ventured into the world of virtual concerts as a featured performer at the InsideOut Musician Ceilidh and the 2021 soundSCAPE Composition and Performance Exchange. Most recently, she was pleased to return to in-person performances in 2021 at the Summer Sparkler with LOON and the sounding light program …and so we go on… Caroline looks forward to performing at the Omaha Under the Radar new music festival in July 2022 and is thrilled to be joining LOON in Hansel and Gretel!
Ms. Kouma was named a District Winner at the Metropolitan Opera National Council Auditions (2014-15), took first place awards at Ohio NATS (2018) and the Marjorie Conrad Art Song Competition (2018), and was named a finalist in the Harold Haugh Light Opera competition (Michigan, 2017) and the Compostela Lírica (Spain, 2019). She holds a Bachelor of Music in Voice from Nebraska Wesleyan University and a Master of Music in Voice from Bowling Green State University.

Caroline is proud to have served with the US Peace Corps in Azerbaijan. When not singing, she can be found exploring the beauty of northern Minnesota or enjoying a good book and a cup of coffee.