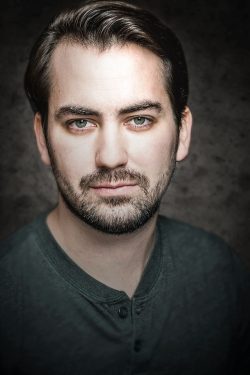 Hailed by the Dallas Morning News as having a “finely focused and well-mannered” voice, BRIAN WALLIN has recently finished an exciting 2016/2017 season. Wallin appeared with Opera Saratoga in the role of Editor Daily in Marc Blitzstein’s The Cradle Will Rock as well as covering the role of Fenton in Falstaff. He also made his Minnesota Orchestra debut as 3rd Jew in Salome during the 2017 Sommerfest as well as a return to Fort Worth Opera as El Remendado in Carmen. Other season highlight included appearing as the tenor soloist in Carmina Burana with the Atlanta Ballet, and the King of El Dorado in Candide with Théâtre du Capitole and Opéra National de Bordeaux in France. As a Hattie Mae Lesley Apprentice Artist with Fort Worth Opera from 2014-2016, he performed the role of The Reporter and covered the role of Henry Rathbone in the world premiere of JFK; and performed the roles of Undertaker’s Assistant I/ER Nurse/Priest in Buried Alive and Rory in Embedded as part of their regional premieres. Wallin made his professional debut during the 2015 Fort Worth Opera Festival as Gastone in La traviata and Second Gravedigger in Hamlet. During the summer of 2015 he was a Young Artist at the Glimmerglass Festival in the roles of First Priest in The Magic Flute and in the ensemble of Candide. Other credits include performances in Dialogues of the Carmelites, and La bohème as part of the Janiec Opera Company at the Brevard Music Center. He earned his B.M. and M.M. from the Maryland Opera Studio.