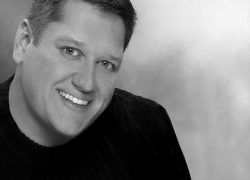 of Rambaldo La Rondine.  Mr. Oakden made his New York City Opera mainstage debut during the 2007-2008 season performing the roles of Alfio in Cavalleria Rusticana and Tonio in Pagliacci, which he performed earlier that season with Virginia Opera.  Recent engagements

include company debuts with Florida Grand Opera, performing his first Figaro (Le Nozze di Figaro)and with Shreveport Opera in the role of Lescaut Manon Lescaut, a reprise of the roles of Sharpless in Madama Butterfly with Utah Opera, and Marcello in La Bohème with Mercury Opera, as well as performances of Raleigh in Roberto Devereux in a new production with Dallas Opera.

On the concert stage, Mr. Oakden recently performed with Santa Fe Symphony as soloist in Orff’s Carmina Burana after successful performances of the Mandarin in Turandot and Pietro in  Simon Boccanegra with Santa Fe Opera.

Mr. Oakden has also received high honors in many of the top US vocal competitions, including; First Prize Winner in the Palm Beach Opera Vocal Competition (2006), finalist in both the regional Metropolitan Opera Competition and the MacAllister Awards (2005). He has participated in Young Artist Programs with Minnesota Opera, Santa Fe Opera, Aspen Music Festival, and Sarasota Opera, and he has had the privilege of working with James Conlon, Tito Capobianco, Corrado Rovaris, Imre Pallo, Sherrill Milnes, David Effron, and Alan Gilbert.

Andy has appeared with Lyric Opera of the North in two recent productions (as Turiddu in Cavalleria Rusticana and the title role in The Mikado).