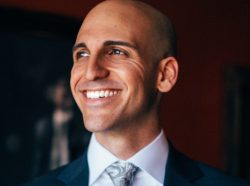 Rodolfo Nieto has been featured frequently with Minnesota Opera in various roles including Horatio in Hamlet, Johann in Werther, Scottish Soldier #1 in the world premier of Silent Night, Joseph in Wuthering Heights, and Colline in La bohème. Other roles include Figaro in Le nozze di Figaro with dell’Arte Opera Ensemble, Alidoro in La cenerentola with Lakes Area Music Festival, Guglielmo in Così fan tutte with Green Mountain Opera Festival, and Don Alfonso in Così fan tutte with Cedar Rapids Opera Theater. In the concert setting, Rodolfo performed the role of Colline again with Minnesota Opera’s outdoor production of La bohème, the soloist in The Messiah at Avery Fisher Hall with Manhattan Concert Productions, Valton in I Puritani with Minnesota Concert Opera, and Escamillo in Carmen with Mankato Symphony.

Rodolfo is known worldwide for premiering the role of Gravitas in the new musical Paradise Lost: Shadows and Wings by composer Eric Whitacre. Joining the project first in 2006, he has been involved ever since as it was fully staged with Theater @ Boston Court in 2007 in Pasadena, California, and then presented in concert at Carnegie Hall (2010), the Chicago Auditorium (2011) and Disney Hall (2011) through Distinguished Concerts International – New York.