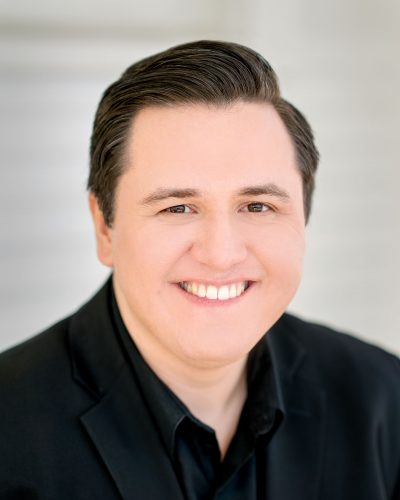 Mario Ángel Pérez is a Minnesota-based tenor. This season, Mario Ángel performed Remendado (Carmen) at the Pine Mountain Music Festival and the First Priest (Die Zauberflöte) with Lakes Area Music Festival. Previous roles include a cover of Emporer Altoum (Turandot) at Cedar Rapids Opera, and Gran Sacerdote (Idomeneo), Gherardo (Gianni Schicchi), and First Priest (Die Zauberflöte) at the University of Minnesota. Mario Ángel has also been seen in many productions with Minnesota Opera as a member of their professional ensemble. As an avid recitalist, he has been performed in Adam Guettel’s Myths and Hymns at the MacPhail Center, Schumann’s Liederkreis, op. 39 at Hamline University’s Sundin Hall and with the Pine Mountain Music Festival, and Die Schöne Müllerin at the University of Minnesota. He is a co-founder of B-Sides Art Song Collective in the Twin Cities, an organization which specializes in the performance of rarely heard art song and contemporary commercial music. Mario Ángel studied Mozart arias with Helen and Klaus Donath through the Internationale Sommerakademie at the Universität Mozarteum in Salzburg, Austria and has performed for the Austrian Ambassador to the United States, Dr. Wolfgang Waldner, at the Center for Austrian Studies 40th anniversary celebration at the University of Minnesota. Currently, he resides in Saint Paul and studies under Victoria Vargas. He received his BM and MM at the University of Minnesota under the tutelage of Adriana Zabala.