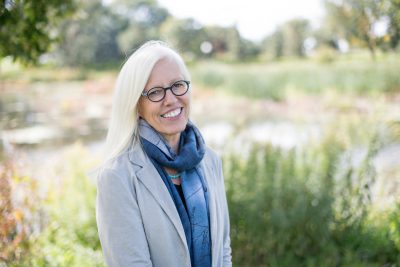 Margi Preus is a Newbery Honor-winning and New York Times bestselling author of books for young readers. Her books have garnered awards and appeared on “best of” lists, been honored as ALA/ALSC Notables, selected as an NPR Backseat Book Club pick, chosen for community reads, and translated into several languages.

New titles in 2020 include The Littlest Voyageur, Village of Scoundrels, and The Silver Box, the last in the Enchantment Lake Mystery Series.

Before writing for young people she wrote for and directed Colder by the Lake Comedy Theater. During her tenure there, she and co-writer Jean Sramek and ensemble members wrote and produced a plethora of comic revues, a live radio series, two comic operas, and some reimagined Shakespeare.

Back when such things were done, Margi enjoyed traveling, speaking, and visiting schools all over the world. Now more permanently at home in Duluth, Minnesota, she likes to hike, ski, canoe, or sit quietly with a book in her lap.