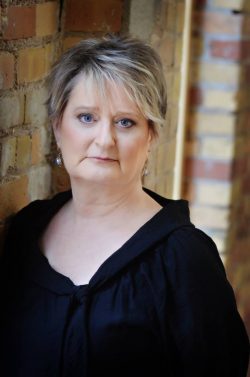 Julie Ahasay is a director, actress and teacher with a long history in Duluth theatre community.

Julie also directed The Merry Wives of Windsor for Wise Fool Shakespeare, Amahl and the Night Visitors for Lyric Opera of the North and Grace, Ghost Light, Circle Mirror Transformation, The Woman in Black and Stones in His Pockets for Renegade Theatre.

Julie is on faculty at UMD where she teaches public speaking and interpersonal communication and teaches acting courses for the Duluth Playhouse Conservatory. She serves the Minnesota State Arts Board as a grants panelist for theatre arts and was the April 2015 recipient of the City of Duluth Distinguished Artist Award.