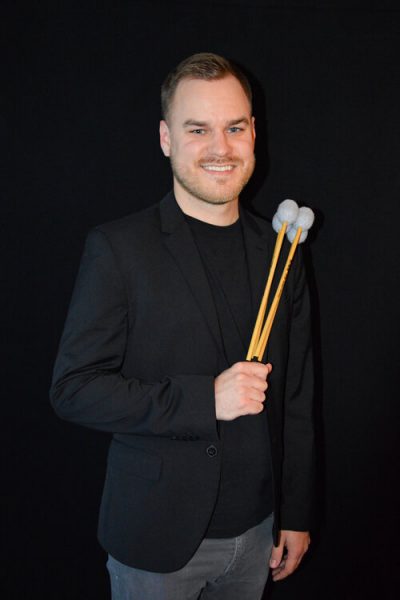 Percussionist Henry Eichman is a vibrant and versatile performer and educator based in northern Minnesota. A native of Harrisburg, Pennsylvania, he has a variety of musical experiences across the country as a soloist, chamber and orchestral musician, and clinician. Although the bulk of his expertise comes from performing in these more “classical” settings, he has also made music with numerous big bands, salsa bands, jazz combos, musical theatre productions, and countless other musical situations throughout his career.

Eichman is currently the Acting Principal Timpanist with the Duluth Superior Symphony Orchestra and has performed with organizations such as Lyric Opera of the North, Minnesota Ballet, Northern Lights Music Festival, as well as several regional symphony orchestras and ensembles throughout the Philadelphia and central Michigan areas. He has had the privilege of sharing concerts internationally at the Universidad Nacional de Costa Rica; at conservatories in Strasbourg and Lyon, France; and at the Royal College of Music in London. He won 2nd place in the 2017 Modern Snare Drum Competition, and had the honor of taking the stage with the inaugural All-Star International Percussion Ensemble at the Percussive Arts Society International Convention in 2016. An advocate for new music, Eichman has also helped to commission new works by composers such as Gene Koshinski and Emmanuel Séjourné.