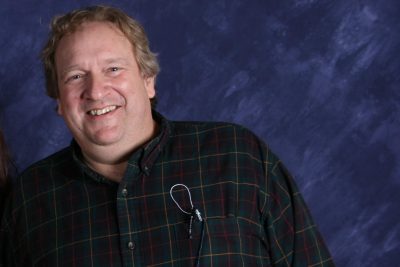 Don has been a sound engineer and sound system designer in the region for over 35 years. He has been involved in sound work at the Big Top Chautauqua, The DECC and UMD and has mixed sound for many national and international acts including: SCTV, Marvin Hamlisch, Doc Severinsen, Natalie McMaster, Chick Corea and Leo Kottke, Walter Mondale and Governor Rudy Perpich.

His design work can be heard in many regional Churches, Night Clubs and Auditoriums. He was The Sound Designer for Sieur Duluth Productions of “A Year with Frog and Toad” and “God Spell” as well as providing sound effects and video and audio support for numerous area Opera and Ballet productions. He currently is the Technical Director and Facility Manager of The Weber Music Hall.