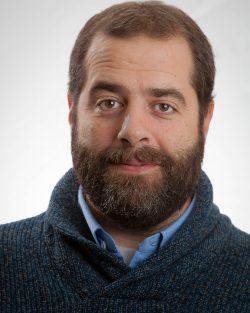 Dave Orman is a local business person and entrepreneur who moonlights and a semi-annual basis as an actor. He was most recently seen in a fat suit as Sir John Falstaff in Wise Fool Theater’s production of the Merry Wives of Windsor. Prior to that he had appeared up at the College of St. Scholastica in both Ressurection Blues and William Shakespeare’s 12th Night. He is grateful to Lyric Opera for the opportunity to appear in this production and to his family for letting him have the time away!