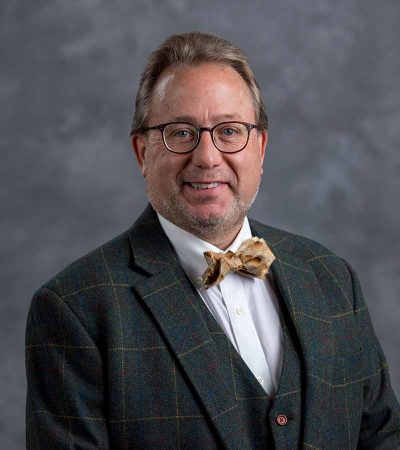 A member of the DSSO viola section since 2002 and Manager of Orchestra Operations since 2022, Dr. J. David Arnott (He/Him) holds degrees from the Curtis Institute of Music, the Philadelphia College of Performing Arts, and the University of Southern Mississippi. He has held academic posts in Kansas and Minnesota, and orchestral posts in Pennsylvania, New Jersey, Mississippi, Texas, and Minnesota. Dr. Arnott has extensive experience performing, conducting both youth and professional ensembles, and as an arts administrator. Opera is his first love.

Dedicated to music education, Dr. Arnott is a frequent clinician, adjudicator, and studio instructor in viola and violin. He has directed the Upper Midwest String Camp since 2007, has been a site host and section coach for the Minnesota Allstate Orchestra for many years, and is a past-president of the Minnesota chapter of the American Viola Society. For many years Arnott wrote both the Viola and the School Orchestra News columns for StringNotes, the award-winning journal of the Minnesota chapter of The American String Teachers Association.

Dr. Arnott has played in Summer music festivals in Colorado, Utah, France and Germany.  In 2008 Arnott performed at the International Viola Society Conference in Arizona. He holds memberships in ASTA, MENC, the San Francisco Scottish Fiddlers, and the Minnesota Music Educators Association.

Dr. Arnott plays a 1971 Sergio Peresson Viola and a violin of unknown origin likely dating from no later than 1737.