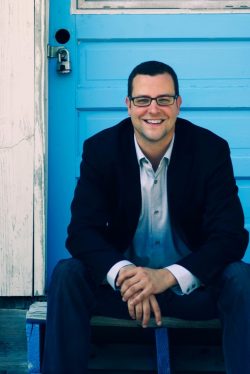 Having received much of his training in European opera houses, Meyer has always been passionate about opera. He has worked with several companies in the U.S. and abroad, and in 2013 he was appointed Music Director of the Lyric Opera of the North.

Maestro Meyer is the author of “Chamber Orchestra and Ensemble Repertoire. A Catalog of Modern Music”, published by Scarecrow Press (2011). Possessing a special interest in contemporary music Meyer has led many world and U.S. premiers, including works by Arvo Pärt, Miguel del Aguila and Joby Talbot.

Meyer has studied with teachers like Neeme Järvi and Jorma Panula and assisted with numerous performances at the Deutsche Oper am Rhein (Germany), as well as at the Vienna State Opera (Austria) and the Teatro Real in Madrid (Spain).

He holds Doctoral and Masters degrees from Michigan State University and Bachelor’s Degrees from the Folkwang Conservatory in Germany (music) and the University Duisburg-Essen (philosophy).