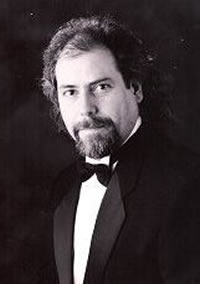 The Usher in Trial by Jury, Bartolo in The Marriage of Figaro, and Rev. Winemiller in Summer and Smoke (West Virginia University Opera Theatre);

This season’s operatic offering by the Lyric Opera of the North (LOON), “A Midsummer Night’s Dream,” is a huge undertaking… William Koehler as Bottom had the most riveting stage presence of the evening.

One of the most entertaining scenes in the production was in Act I, when the four men ply their landlord with booze…William Koehler as the greasy landlord adds comedy as he sits spread-eagle in filthy longjohns burping through lyrics about his seductive ways with the ladies…

Teaches voice at the School of Music and stage directs for WVU Opera Theatre at WVU in Morgantown, West Virginia.