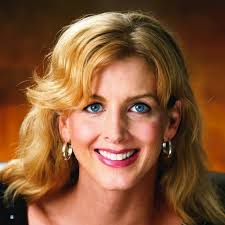 Writer and filmmaker Kimberly Reed co-wrote with Mark Campbell the libretti for Today It Rains (Opera Parallèle, 2019), Some Light Emerges (Houston Grand Opera, 2017), and As One (the American Opera Project, 2014), which is the most frequently produced new opera in North America. Her film projections for opera have been called “worthy of Fellini or Bergman” (SF Classical Voice). Ms. Reed’s song cycle Fierce Grace: Jeannette Rankin premiered at the U.S. Library of Congress in 2017. She was the Librettist Mentor for the 2022 cycle of Washington National Opera’s American Opera Initiative.

Her nonfiction writing was published in “The Moth,” a New York Times best-seller. Kim’s documentary Prodigal Sons won 14 awards and was released in theaters and broadcast worldwide, and her Sundance award-winning 2018 documentary Dark Money was promptly named by Vogue magazine as one of the 66 Best Documentaries of All Time and shortlisted for the Academy Awards.