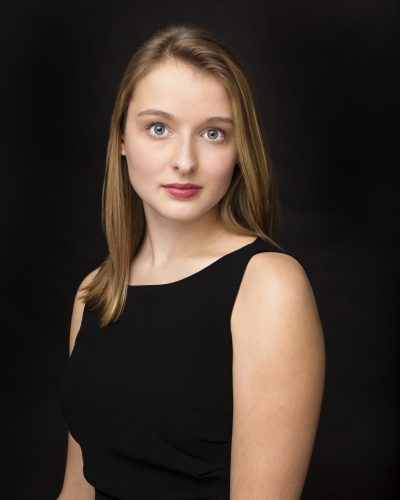 In the spring of 2017, Ms. LeDoux graduated with her Master’s degree in Music with a vocal emphasis at the University of Minnesota, where she continues to study with Professor John De Haan.  While studying at the University, Ms. LeDoux performed for and was interviewed by John Birge on classical MPR for her portrayal of the leading role Liza Elliott in Lady in the Dark, and was selected to perform on the Renée Fleming Masterclass held at the MacPhail Center for Music in October of 2016.

In the fall of 2017 Ms. LeDoux made her debut with The Gilbert and Sullivan Very Light Opera Company based in Minneapolis, Minnesota, as Eurydice in Offenbach’s Orpheus in the Underworld.  She ended her year with her Really Spicy Opera debut in Minneapolis, playing the role of King Kaspar in an all-female production of Menotti’s Amahl and the Night Visitors.

Ms. LeDoux can next be seen singing as Annio in the August 24th and 25th productions of Mixed Precipitation’s 2019 production of The Clemency of Tito’s Tennis Club: Picnic Operetta.