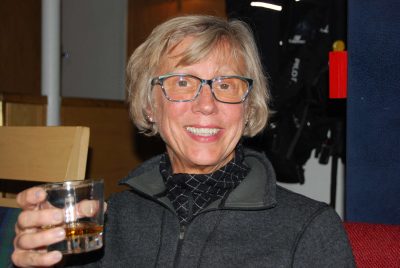 Charlotte Taylor is a Duluth native and loves everything Swedish! Her maternal grandparents immigrated from Sweden in the early 1900s. (Granny actually purchased a ticket on the Titanic but was talked into waiting to go over with some friends. Lucky for our family!) Her grandfather was a singer in a men’s group in French River, where he and his family settled. She performed Swedish folk and art songs in a number of venues in the 1980s and 1990s. She sang the Swedish National Anthem for several years at the Duluth – Växjö soccer tournament.  In addition to her love of Swedish, she is also a lover of opera and LOON. She has been on the Board of Directors since LOON was formed.

Ms. Taylor has performed with Lyric Opera of the North as Runehilde in the original and reprise productions of Les Uncomfortables, Papagena in Mozart’s The Magic Flute, Iris in Handel’s Semele, and the Mother in Mascagni’s Cavalleria Rusticana. She also performed with Northland Opera Theatre Experience as Annchen in Weber’s Der Freischutz, Suzuki in Puccini’s Madama Butterfly, and Nicklaus in Offenbach’s Tales of Hoffman.