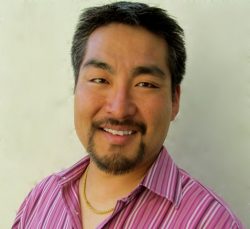 Accomplished bass Andrew Gangestad has been applauded for his dark, rich sound and strong musicality by audiences throughout the world. Of his performance as Don Basilio in Il barbiere di Siviglia, the Kansas City Star wrote “Andrew Gangestad demonstrated a glorious bass voice,” and, of his performance of Leporello in Don Giovanni with Opera Pacific, the Orange County Register wrote “Andrew Gangestad portrays the long-suffering Leporello with aplomb, crisp in accent, dark of voice and understated in comedy.”

Recently, Andrew returned to the roster of the Metropolitan Opera for its production of Wozzeck, performed Sprecher in Die Zauberflöte with Lyric Opera of Kansas City, Alidoro in La Cenerentola with Opera Omaha, and Méphistophélès in Berlioz’s La damnation de Faust with the Richmond Symphony. In coming seasons, he will cover Colline in La bohème and Sam in Un ballo in maschera at the Metropolitan Opera, perform Zaccaria in Verdi’s Nabucco at Opera Carolina, and then, will head to Nashville to appear as the Captain in Daniel Catán’s Florencia en el Amazonas with Nashville Opera.